Hi, everyone who made it through book one of the Tiger's Curse saga! I hope you're all still in one piece after the disaster that was the first book.

Things only go more off the rails in this one.

Seriously, if you haven't seen my mental breakdown documented on my Tumblr, there is literally no way to predict the weird route this book takes.

Let's get this thing started! 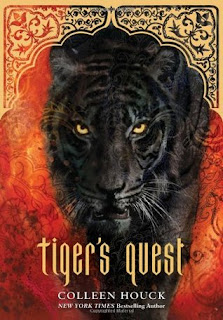 Oooh, this one's a black tiger! Is this symbolic of a darker turn in the story? Or is it just a picture of Kishan because there's a love triangle in this one?

Faith. Love. Desire.
How far would you go to free the one you love?

The melodrama is back! Joy.

What, are we measuring time in Redwall units now? Kelsey is eighteen seasons old....

Aside from battling immortal sea monkeys and trekking through the jungles of India, she fell in love with Ren, a 300-year-old prince.

I--wow. I've never seen an entire novel plot summed up in a sentence like that. That's literally all that happened.

When danger suddenly forces Kelsey on another Indian quest,

Yeah. "Suddenly." ELEVEN CHAPTERS IN. THIRTY-FIVE PERCENT OF THE WAY THROUGH THE BOOK.

this one with Ren's bad-boy brother, Kishan,

Um, what exactly has Kishan done to make him such a "bad boy" again? He wears black? He's forward with Kelsey, but so is Ren, so that can't be it.

the unlikely duo begins to question their true destiny.

This book makes me question my true destiny. I could be doing anything else, but I'm sitting here, writing about a book series that I don't even like.

Ren's life hangs in the balance--and so does the truth within Kelsey's heart.

I literally have no idea what this means. And I've read the book twice. What "truth" is this even talking about? I guess if she admits if she loves Ren or not? But that couldn't have less to do with the actual plot of the book, as we'll see.

Tiger's Quest, the thrilling second volume in the Tiger's Curse series, brings the trio one step closer to breaking the ancient curse that binds them.

Oh, thanks, spoilers! We know the curse breaks in increments, and you literally told us that they're successful.

I mean, it's obvious they'll succeed, but I like to have some suspension of disbelief when I'm reading a book.

"Warning: these books may cause you to forget anything else exists until you've turned the last enthralling page.

It is true that reading this book sends me into an uncontrollable rage state that can only be cured by writing these out, yeah.

And then you'll want to start all over again!" 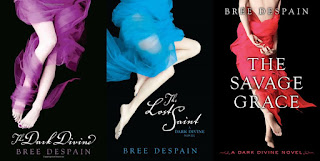 Okay, so that's all the summary we get. So, we know that Ren gets captured, and Kelsey gets to hang out with Kishan for this book instead. That's about all the information we're going to get from the back cover.

Like the first book, we get another poem to start out with, I guess because Ren and Kelsey both like poetry. This one's not about tigers, and is actually somewhat plot relevant, so props, I guess.

It's called "The Loom of Time" and is by an unknown author. And, surprisingly, it ties into the "themes" we're going to dive into later on! I put "themes" in quotation marks because Houck still hasn't learned how to make any sort of meta-textual statement, but the characters do sure have a lot of dialogue that sounds awfully similar to this poem.

The book picks up right after the ending of Tiger's Curse. You know, when Kelsey decided to leave Ren in India and head back to Oregon because she ~just couldn't stand being around him because he's too good for her~ and everything. You know, melodrama.

Kelsey is sitting on the plane (Remember the plane? The one we spent like forty pages reading about? Good times.) and moaning about how sad she is.

I had left my heart in India; I could feel it missing. All that was left of me was a hollowed-out shell, numb and empty.

You know. Stuff along those general lines.

How was it possible that I had fallen in love? And with someone so . . . complicated?

He's not complicated. He's pretty easy to figure out, actually. He's just a creep who doesn't understand how boundaries work.

Kelsey summarizes what happened in the last book for a little while, which I won't complain about because that's just so people who don't remember what happened in the first book can jog their memories. She describes saying goodbye to Mr. Kadam, and now she's on the plane with Nilima, who exists to fly the plane and give Kelsey food.

We get some more over-dramatic descriptions of how Kelsey feels--there's an abyss of despair, and she feels like crumpled up wrapping paper. It's all very vivid description and not overwrought nonsense at all.

Nilima hands Kelsey an iPod--wait, sorry, an "MP3 player"--and Kelsey jams out to some sad breakup songs. She pulls Fanindra (the inanimate piece of jewelry who is incidentally my favorite character because she never speaks) out of her backpack and sets the armband down on the table next to her.

Rubbing her smooth, golden head, I whispered, "You're all I've got now."

She listens to a song called "One Last Cry." Which is a hilarious name for a song.

It's also awful. I mean, I think it's awful because I have very weird taste in music. But I hate it.

The green glow of the snake's jeweled eyes softly illuminated the plane's cabin and comforted me as the music filled the empty place in my soul.

That's deep, man. Also, it's the end of the prologue.

Kelsey is sad. That's about all that's going on. Don't expect things to change any time soon.

Next time, Chapter One: WOU!

Popular posts from this blog

May 30, 2018
Introduction and First Impressions
Self-published e-books can be a bit of a mixed bag.For every Andy Weir or Hugh Howey, there’s an E.L. James or, well, a Colleen Houck.Houck self-published Tiger’s Curse in 2010 as the beginning of a five-part series; in 2011, she got picked up by Sterling Publishing and landed on the New York Times bestseller list.There are now four books in the series, with a fifth on the way (EDIT: the fifth and final book, Tiger's Dream, was published on March 20, 2018).
It’s also terrible. Terrible.It’s hard to overstate how terrible this book is. It’s honestly really difficult to figure out how to start talking about this book.If you talk about the plot (or lack thereof), you downplay the problems with characterization.If you talk about characterization, you ignore the issues with dialogue.If you talk about dialogue, you neglect talking about the prose.Or the pacing.Or the abject creepiness of our two main love interests.Oh yeah, it also has a love triangle.
All…
Read more 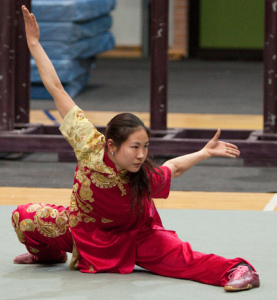 Welcome back to our irregularly scheduled nonsense!

Last time, Kelsey got a house and a car and a full ride scholarship to her dream school and a full bank account so that she never has to worry about living expenses ever again. But we're supposed to feel bad for her because she broke up with Ren, and she's so sad :(

That's pretty much all that happened.

Yes, that was plural.

A couple of days later, the fall terms starts, which I guess gives us a better idea of the timeline of the first book. And also has the side effect of making Kelsey's secret college admissions just that much more sketch. She doesn't seem too worried about most of her classes, because she can just write about what she learned in India while curse-breaking over the summer.

We don't get to hear about what she does in class, though! She just says that she studies hard and sees Sarah and Mike pretty…
Read more