Showing posts from April, 2019
Show all

It's the last chapter! I'm also adding the epilogue in because it's only two pages long. This'll probably be my last post in a while (outside of a couple of posts discussing the story as a whole rather than chapter-by-chapter) because it's finals time again! I'll be finished up with school in early May, so we can hope for some more regular updates around then. With book two! I remember that there's more Kishan in the second book, and he's moderately less annoying than Ren.

Anyway! Last time, nothing much happened except for badly-written flirting (?) and us learning that the curse was kind of lifted. A quarter of it, at least. That was it.

We open with Kelsey thinking about the dinner she and Ren had the night before. She resolves to finally do something about the whole Ren situation. She repeats (again) her reasoning for not wanting to be in a romantic relationship with him: she's terrified that he's going to realize …
1 comment
Read more 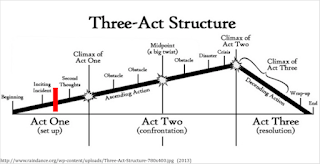 Last time, we left the magical realm of Kishkindha, with the Golden Fruit/golden fruit, and got back to the real world in Hampi. Kelsey and Ren are still arguing on and off, and both of them became reprehensible characters--Kelsey for leading Ren on with the full intention of breaking it off later, and Ren for forcing Kelsey to kiss him despite the fact that she clearly didn't want to. I love that these are our protagonists!


Nothing happens in this chapter. Kelsey talks to Mr. Kadam for a while, and then Ren and Kelsey have dinner. This takes twenty-three pages (on Kindle, at least).

When they leave the staircase, it's early dawn. If we go back to see what time it was when they left Hampi a few chapters ago, it was almost dawn then, too, which means that time didn't pass outside. Which at least assuages my fears that security guards would find the magic staircase while they were down there. There is absolutely zero mention of the staircase di…
Post a Comment
Read more
More posts